Old Man Sailing, the book, included accounts of some extraordinarily vivid dreams which I started having once I had been on my own for a while. Whether these were a direct consequence of the enforced solitude, I have no idea – but they went down rather well.

Since this blog is an exercise in pure indulgence (I have no editor to tell me what to write or when – or, come to that, whether it is complete nonsense when I’ve written it) I thought it might be fun to include some more dreams here.

Obviously, this might not be to everyone’s taste so I shall call them all “Then I woke up…” (so that you can ignore them if you choose and just stick to the supposedly serious stuff…) 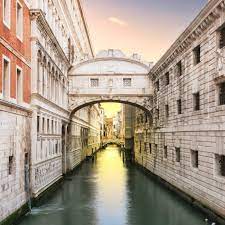 I was late arriving at Carriçal on the Cape Verdean island of São Nicolau. Carriçal is so small and so isolated that the street lights go out at ten o’clock when the generator switches off. I stuck my head out of hatch and Samsara’s masthead light was the only sign of life. Had it not been for the sound of surf on the beach, I might have been in the middle of an open ocean.

Going to bed, the darkness in the cabin punctuated by tiny, glowing LED lights of various gadgets on charge, I debated the best time to leave for Porto do Tarrafal, 20 miles along the coast. After that, there was another 40 miles to the deserted island of Santa Luzia. I should be able to leave after breakfast…

Odd, that no sooner did I have the anchor up than I set course to the east, rather than the west. Also, I had the wind behind me which was even more strange because the wind in Cape Verdes during January has been blowing from the north east ever since the earth first started spinning – they call it the northeast trades.

Nevertheless, we were going like a train with the sails goose-winged (the boom was no longer broken and lashed to the deck, because in dreams, everything is perfect).

Or not, as will become apparent.

Anyway, we were ploughing along in glorious sunshine doing six and seven knots when I noticed HMS Victory and Portsmouth dockyard to starboard. This was a slight concern because everyone knows that Santa Luzia is further up the English Channel past Newhaven, so the last thing I should be doing is going into Portsmouth Harbour.

Then a high speed launch – customs or coastguard or something – came bouncing across my wake (yes, I was going so fast I set up a wake like a motor-cruiser). He shouted something over his Tannoy – some sort of apology about not being able to raise me on VHF. I ignored him.

I knew what I could do about this – an old tactic from my Laser days: centre the main – pull it in until the boom is on the centre line. It’s what you do when you find yourself close up behind the boat in front and unable to overtake because this is a race and you have other boats on either side. If you bring the boom onto the centreline, the wind can’t get into the sail and you slow down.

My trouble was that for some reason, the mainsheet was led through the blocks for the headsail furling line and that took it all around the deck – meaning that it was too short for me to reach it without leaving the helm.

So we just went faster and faster. I felt I should be congratulated on remaining calm. Some people might find themselves given over to panic, doing seven knots up the Rio di Palazzo, scattering gondolas like elderly pedestrians before an electric scooter. Yet I remained stoic and philosophical – but then, I knew that when I reached the end of the canal, I would find Chichester Yacht Basin. There would be plenty of room to turn round in Chichester Yacht Basin.

Anyone who knows Chichester Yacht Basin can pick themselves up off the floor, stop laughing and remember this is all a dream.

Anyway, it turned out that Chichester Yacht Basin now featured the Bridge of Sighs, incongruously connecting the palazzo to the nearest of the overpriced new houses they cluster like mushrooms around marinas.

Throwing the helm down at the last moment, I executed a snappy 90° turn and slammed into the 17th Century limestone carvings sideways rather than head-on … for which I felt I should be congratulated.

Instead, I had to put up with a five-minute tirade from the woman in the house telling me that now she wouldn’t be able to get out to collect her children from school because the council had to send someone to inspect the damage every time there was a “bridge strike” (it seemed this happened regularly – which was not surprising: it was a damn silly place for a baroque masterpiece).

I got the sails off, made fast to a couple of gargoyles and accepted her invitation to tea so we could exchange insurance details.

But when I gave her my card, all it told her was the 0800 number to claim her winnings in the Utility Warehouse £20,000 give-away.

Then I woke up.