I don’t like towing a dinghy. It slows you down, it gets itself into trouble. In the worst-case scenario, you can end up losing it. That’s why I carry the smallest, lightest (only 10kg) I could find – you can deflate and stow it in five minutes so who needs to tow it?
But what I witnessed 20 miles North West of the Scilly Isles yesterday beggars belief.
First, there was an alarm from the AIS: A 12m pleasure vessel approaching at 12 knots – so it had to be a motor yacht. Anyway, sailing yachts don’t call themselves “Pleasure Vessels”. But there was something odd about the name of this one: TT Elysian.
“T/T” usually stands for “Tender to”. But nobody puts an AIS transponder on their dinghy – and anyway, what kind of dinghy do you find out in the Western Approaches – doing 12 knots in those big Atlantic rollers?
Then I looked more closely and saw that there were, in fact, two little green triangles – one overlapping the other. The second one was called Elysian – another “Pleasure Vessel”. But this one was 66m, also going to Lorient.
Sure enough, as they passed astern, there at the end of a very, very long line was a small, speedboat. Well, when I say “small”, the AIS pointed out that it was longer than Samsara but it did look very small compared to the mother ship.
Was it too big to get aboard? Could the 16 crew not be bothered? Did the owner know? Can you get away with treating a $500,000 Riva that way?
I’ve since looked online and found that Elysian is available for charter at $448,000 a week – and, let’s face it, isn’t that typical of the way people treat charter boats?
If you happen to find yourself rafted up alongside somewhere in the sun one evening and you get chatting to the owner over a beer, you might let them know… 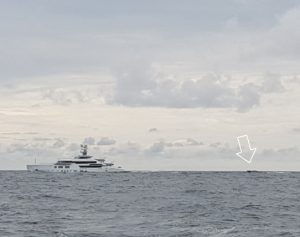 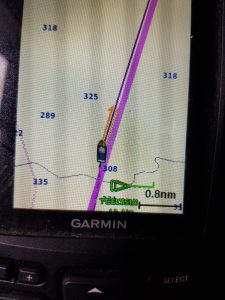 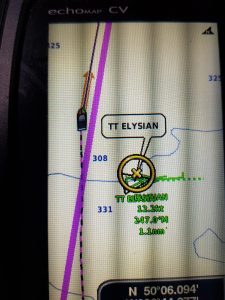 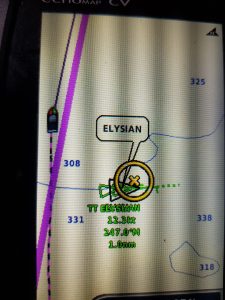 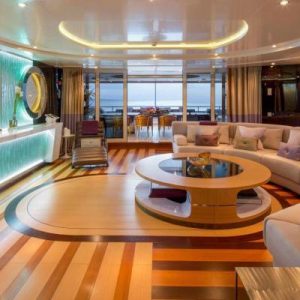