Cats and the cost of insurance 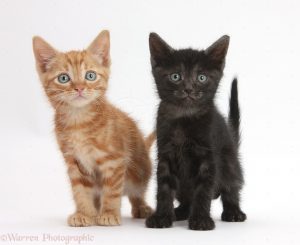 This is a story about the eighth wonder of the world – and , in the process, a lesson on how to get afloat on a budget.

Years ago, when the children were small, we gave a home to two kittens – a black one and a ginger one. We called them Treacle and Custard (what else?)

Being responsible pet owners, we had them vaccinated and microchipped. Next, we looked at pet insurance. It would cost £15 a month for the two of them – and that was only up to a certain age. Once they reached the stage of “old cat” ailments, the premiums would shoot up.

Instead, we opened a building society account and set up a standing order for £15 a month. They were never ill, and we never had to call on the “Cat Account”. In due course, Treacle was run over, and Custard simply disappeared. They were old. It was sad. But the children were teenagers, and by now, we had a dog. We got another pair of cats, too – and a hamster and two bearded dragons called Norbert and Kreetcha… and the rest….

It must have been ten years later when Lottie’s rabbit fell ill, as rabbits tend to. It was a weekend which meant the vet was on emergency rates. The bill, when it arrived, was something like £350, and the Thumper died anyway. The cats, of course, had never had a day’s illness in their lives, so it was decided they should bequeath some of their fortune to the cost of the dead rabbit’s treatment.

I had not paid much attention to the Cat Account over the years. Certainly, I had no idea how much was in it until I went into the Building Society with the passbook. This was the first indication of how long this story had taken to play out: The girl behind the counter had never seen a passbook. It was all cards now.

Never mind, the manager showed her how to print the transactions into the little book – and then, when it was full, to issue a new one – and then another when that one got filled up… and then a third…

The total, after something like 16 years years of £15 a month and the magic of compound interest, was somewhere north of £3,500. The cats had never seen a penny of it.

And that, as any financier will tell you, is the eighth wonder of the world – compound interest.

So what has all this to do with OldManSailing?

I am writing this from Lanzarote, the most northerly of the Canary Islands. If I go any further south, I shall be below 28°N – which means I needed to call the insurance company  to increase my insured cruising area. I called to tell them I was heading further south – The other Canary Islands, the Cape Verdes, Caribbean – all that.

They came back with a package that stretched from the Dardanelles to the Gulf of St Lawrence.

“And how many crew?” asked the sales associate.

“Ah, but we can’t insure you for singlehanded…”

This did not come as a surprise. I had heard that new customers were being limited to 24-hour passages if they were on their own – even in UK waters . After more than 30 years, they seemed to accept me as a special case.  But even so, the premiums were going up and up.

All over Facebook, singlehanders were grumbling. How were they supposed to get anywhere if they had to keep stopping every 24 hours? Anyone would think they were driving heavy goods vehicles…

I can understand an insurer wanting to see a survey (despite my very low opinion of yacht surveyors) but look where the trend is leading: In the USA, insurance companies have started refusing cover for any boat more than 25 years old.

Think about it: They are assuming that a heavily-built and well-maintained yacht from the 1960s, cruised extensively by an experienced couple is somehow a greater risk than something mass-produced in a factory miles from the sea and then bought and sold through a succession of indifferent owners who kept it in marinas, unused, while running a maintenance schedule limited to not much more than antifouling every year.

But that’s the problem, isn’t it? Insuring the boat – what they call “hull insurance” – or, as the motor trade would put it: “Comprehensive insurance.”

If you go for just third party and wreck removal, everything gets much simpler and a whole lot cheaper.

That was why, last year, I took the plunge and cancelled the hull insurance. It was a big decision – like not wearing a harness all the time. If I lost the boat, nobody would give me a cheque to buy another. If I was dismasted or struck by lightning, I would have to bear the cost of repair myself.

How much I will be able to afford depends on how soon this happens. You see, instead of hull insurance, I now have a “Cat Account”. If it happens this year, I will be looking for a very cheap boat indeed and a very short wish list for her. But don’t forget that Shane Acton went round the world in an 18ft Caprice…

On the other hand, if I get away with it for 16 years like Treacle and Custard, then maybe I won’t have to paint the deck anymore.

One other thing: Just as not wearing a harness makes the singlehander very careful on the foredeck, so “cat insurance” concentrates the mind on setting the anchor properly and giving a decent berth to that lee shore…

3 Responses to Cats and the cost of insurance