This is Poole Harbour tonight. It’s going to be hard to leave tomorrow.

I can’t believe I will have been here ten days – the first week because of gales and the rest because of calms. I’ve been ashore once for four hours to fill up with water, do some shopping and get the washing done.

… and I’ve loved every minute of it.

I once read that Poole is the second-largest natural harbour in the world (Sydney being the largest). This means that you can cruise around without going outside at all. At present, I am anchored off Goathorn Point in the South Deep – before that, I was in Blood Alley Lake which I chose over Pottery Pier or Shipstal Point.

Of course, I know it all – or I used to. I kept my first boat here, a little 18ft Caprice in 1979 and then, in 1982, Largo was on a mooring off Brownsea Island. I can’t believe that I thought nothing of ferrying my two sons, then aged eight and ten, in an inflatable dinghy all the way across the ship channel to the Lilliput shore (nobody thought of wearing a lifejacket in those days).

For the past 48 hours, I have done some reading and some maintenance – but also spent a lot of time just watching the harbour traffic – such as it: The wobbly paddle-boarders, the drifting dayboats with the helmsman’s feet up on the gunwhale and there’s a sightseeing boat which looks just like Brian the Snail from the Magic Roundabout. 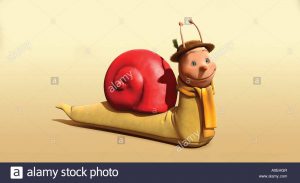 Now a party from the house behind the “Keep Off” signs on the point has brought their gin and tonics down to their private jetty to enjoy the sunset. I don’t blame them, I sat up on the stern seat and watched a pair of birds skimming the water as they headed home, their wings almost dipping into what didn’t look like water at all but solid gold.

Ah well, the wind should be returning tomorrow night – from the wrong direction, as it happens but I’ve only got to get to the East Coast and at the beginning of the summer I had headwinds all the way from North East England to South West Scotland so I reckon I deserved a rest…