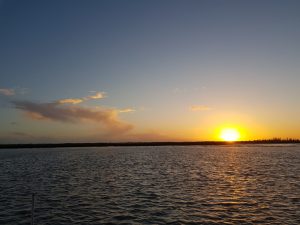 Recently, I posted the fabulous news that this little blog had received 500 views so far this month – and we were only a third of the way through it!

I invited people to subscribe – and they have. Scrolling down through the replies, I see one complimentary comment after another. It seems that my lifelong dream of going sailing and writing about it may be coming true after all…

Then, there was a comment saying that “this appears to be a clever network marketing scheme to sell a dietary supplement”. That stopped me in my tracks.

Maybe I have some explaining to do. After all, the site does feature a page called “Good Health” which, indeed, promotes a dietary supplement from a Network Marketing company.

Incidentally, there is also a page called “The Novel” where you will find a clever scheme to sell my book on Amazon – and another one: “Bad Back” which is full of free advice (maybe I should charge for it.)

Anyway, I must hold up my hands: Yes, I am a Network Marketer. I started in 2005 for the very good reason that I was 55 years old and nobody would give me a job. That business was in the utility sector. It paid for the boat and now supports my family ashore.

By contrast, the dietary supplement business is very small indeed. Last month I earned £61.05 – hardly enough to justify buying a sailing yacht as a promotional tool!

No, the reason I promote the health product is because I am very anxious that the company which makes it should survive in what is a very over-crowded market. Their product is unique and if they go under, I won’t be able to get it anywhere else – and I firmly believe that I would not be able to continue like this without it.

I still carry with me a vivid picture of my life back in 2015 when I was so ill that I ended up in hospital because I had banged my elbow. Had I continued on that path, what condition would I be in now at the age of 69? A lot of people of 69 can’t walk a mile. Yet during our family weekend in the Peak District in September, I walked 12 miles on the Saturday and another eight on the Sunday. It’s not a marathon but it’s what any normally healthy person should be able to do.

In fact, today there is nothing wrong with me at all. I don’t have arthritis any more. I don’t wear prescription glasses, I don’t have liver spots on my hands, don’t have to get up in the night to pee…

I have not seen a doctor since 2016 and do not carry any pharmaceutical products on my boat at all – not even an aspirin.

As long as the company keeps producing its product – which means, for as long as enough people keep buying the stuff … then I will be able to continue to live the life of my dreams. That is the reason I promote it on this blog – not for the sake of £61.05 a month…

Also, you will notice that the supplement is not “in your face”. There is no flashing advertisement on the front page – just a reference here and there in the text and a page given no more prominence than the other eleven.

I have realised that it is better not to be strident about it: In the Azores, I met a man enjoying his retirement living aboard a Contest 48. His only complaint was having to fly back to the UK every three months to see his doctor. I began to tell him my story – but I can still see the distain on his face as it dawned on him that I was trying to sell some sort of snake oil.

So, the blog will continue to focus on the adventures (another attempt to reach Kirby-Le-Soken coming up.) Only a tiny percentage of readers will be interested in the “Good Health” page. But I like to think that if the sceptics continue to follow me as I grow older and older, cheerfully defying the ageing process as I go, then maybe they may look again at my “clever scheme”.